0
THE NAME FROM MARS Trinidad Carrillo 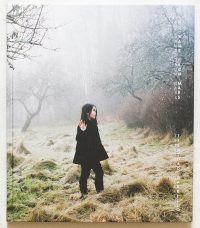 THE NAME FROM MARS Trinidad Carrillo

«In The Name from Mars, Trinidad Carrillo visualizes eloquently the incisive existential locus between external reality and dream in the same way the Surrealists chose to do many years ago when photographing themselves with closed eyes at the first photomaton in Paris. A series of images of sleeping figures in a state of somnambulistic trance or unawareness operate as punctums in her story. Submerged into another world, these pictures expose the fleeting moment of live interior motion against a background of generalized immobility. They register, to say the least, all that lies before our eyes when the mists dissolve and the remote landscape of the dream falls apart under the weight of a desire that cannot be fulfilled in real life. For, everyday existence is unable to sustain the logic and order of the dream. What’s more, it is unable to sustain the fluidity of identity or irrational answers to unstated questions. “There is a part of us that wants to know, another part that prefers to leave it hidden like a sacred secret”, says Carrillo. “If you call everything by its name, you will dry it”. And so the language of dreams remains veiled. On the other shore, latent under the foggy horizon, faces and bodies slowly decompose. But the dream persists. In its ecstatic futility, it conjures a space that keeps the desire alive». Natasha Christia

BUT THEY ARE NOT YOU Alex Reynolds